This Thursday was the last working day at the office. It was accompanied by a ‘meat party’. This party involved buying a lot of meat and drinks. The meat was spread out on a plate and it was eaten, but because most Ghanian eat really fast, it didn’t last long. It was funny to see that here they celebrate this with meat, while in Holland we would have something like cake. 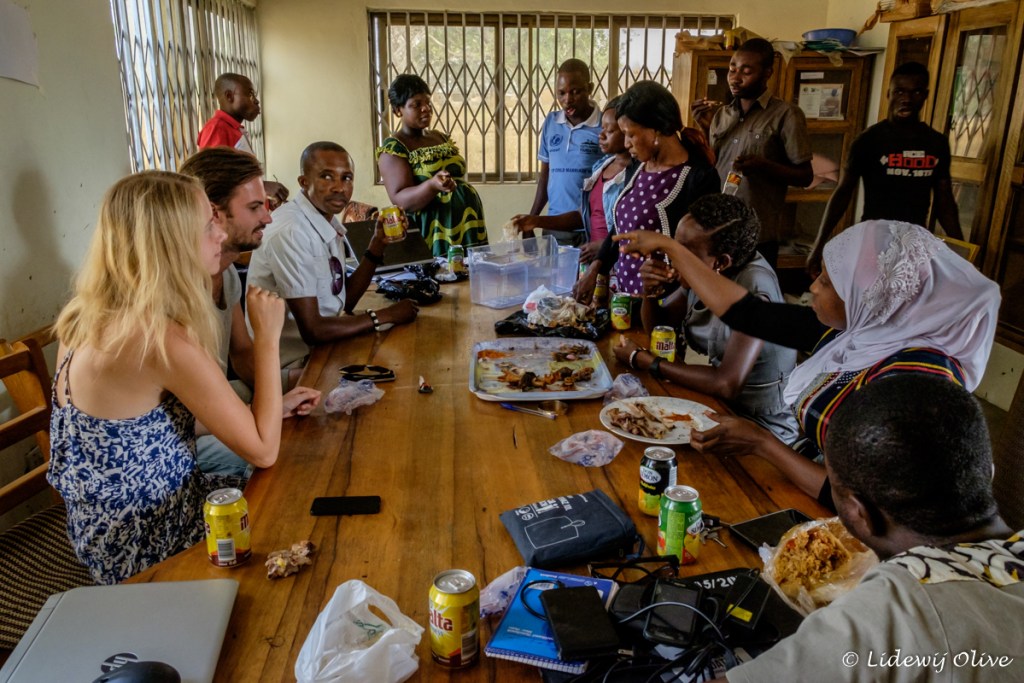 In the holidays I am going to work in a small office next to an Internet Café and a Smoothie bar, which are both owns by the Youth Harvest Foundation. Last Friday I went there for the first time. I thought I would go alone with a shared taxi. A shared taxi is a car, but it is riding like a bus. It rides a fixed route. When it passes and it is not full, you can get in. At the station you have to wait till it is full and then it will leave. So my plan was to take this taxi to go to town. When I wanted to leave, my host father said he was also going too town, so I could come with him om the motorbike. On the way back he also picked me up. He is a really caring father!

Road from my home to town My home. The structure most on the left, where you can see a window of, is my room. Then about my office for the holidays. The office is really small, has no windows, and the chair hurts my butt. But there is a fan and the Internet is working! At the office where I normally work, the Internet is only sometimes working. Other plus site of this new temporary office is that it is in town, so it is more easy to do some shopping, and I can lunch at the smoothie bar, where they have toasties, wraps, pancakes and smoothies! For the toilet I have to go to the company across the street, which is a factory where they produce drinks or something. For me this is really strange, just going to a company you do not know to ask if you can go to the toilet. But they act like it is something completely normal. When I ask, somebody will call somebody else, who will get the key and open the toilet for me. It is strange bothering so many people just for going to the toilet.

Last week I already finished a flyer for the Youth Harvest Foundation in general. I also tried to edit the website, but this was not working. When it will work, you can see my photo’s online! During the holidays I will make posters, flyers and stickers which they will use for education about child marriage and sexual reproductive health. So I can really contribute to the field work, which I like a lot!

Working in the field. We went with a motorbike to this place, to give a lesson on some stones under a tree In the field you have beautiful kids to make portraits of:) The people at my office are really enthusiastic about my photo’s. I also made pictures at a party we had last week Saturday, and I made some photo’s of people at the office. I am beginning to become the new portrait/family photographer. They like it a lot, and they keep talking about how great they look at the picture and about how they are adoring themselves. Haha, that is so funny.

Women poundig millet on the way to the office 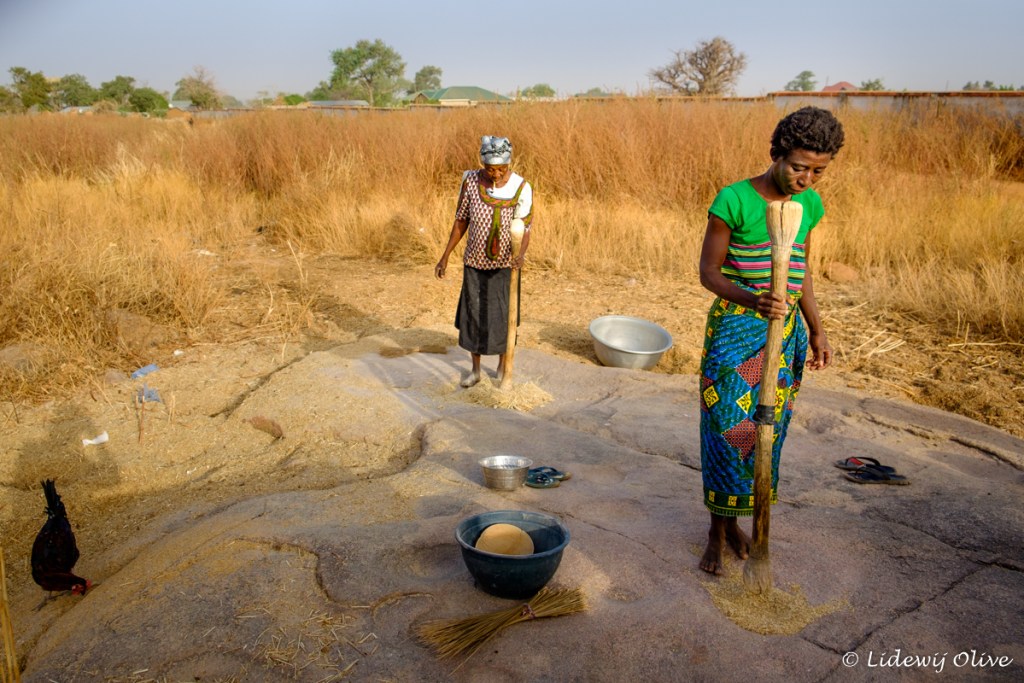 My family is muslim, so I thought there would not be a lot of Christmas to celebrate. The only thing that was going to happen was that a goat was going to be slaughtered by a Christian family member, and then eaten. Not really something for me. Then, on the day before Christmas, I heard it was possible to come with the Christian family to the church on chistmas. This was something really special! It was a 3 hour long mass. Forunately it was in English, so I could understand it all. The church is really happy, dancing and singing, people lying on the floor and on their knees, shouting, waving with scarfs. The pastor talked really loud, shouting, in a microphone with big speakers, about the love you should give and that you should be happy. You could see the temperament of the Ghanian people in this mass. The music was very good, with a band and a big choir and some screens with the lyrics on it, just like watching a concert. Twice you had the option to donate money, which you could put in an envelope. One of these times you had to come forward depending on your amount. First the people who gave 50 cedi or up, and so on. It was a modern church with a lot of business men and higher educated people. They also learned lessons about being innovative and entrepreneurial. The church was called desert pastures, because their lesson was that in the desert you should make rivers. The children even get different lessons according to their age. It was a very positive experience to be part of!

The church outside and inside and its mission and vision A special mass for children 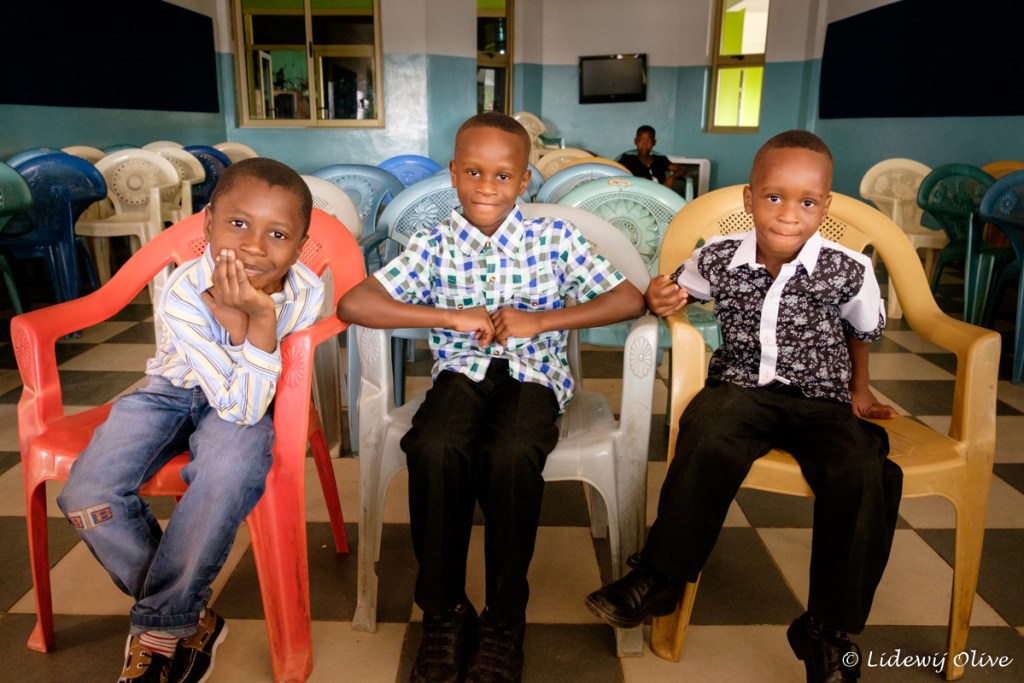 When I came back from church we made pancakes, for which I provided the ingredients earlier that week. They called it ‘christmas pancakes’  and it was shared with a lot of people. I also gave some Christmas presents which I took from Holland. After all, I still had a little bit of Christmas, although totally different than in Holland. 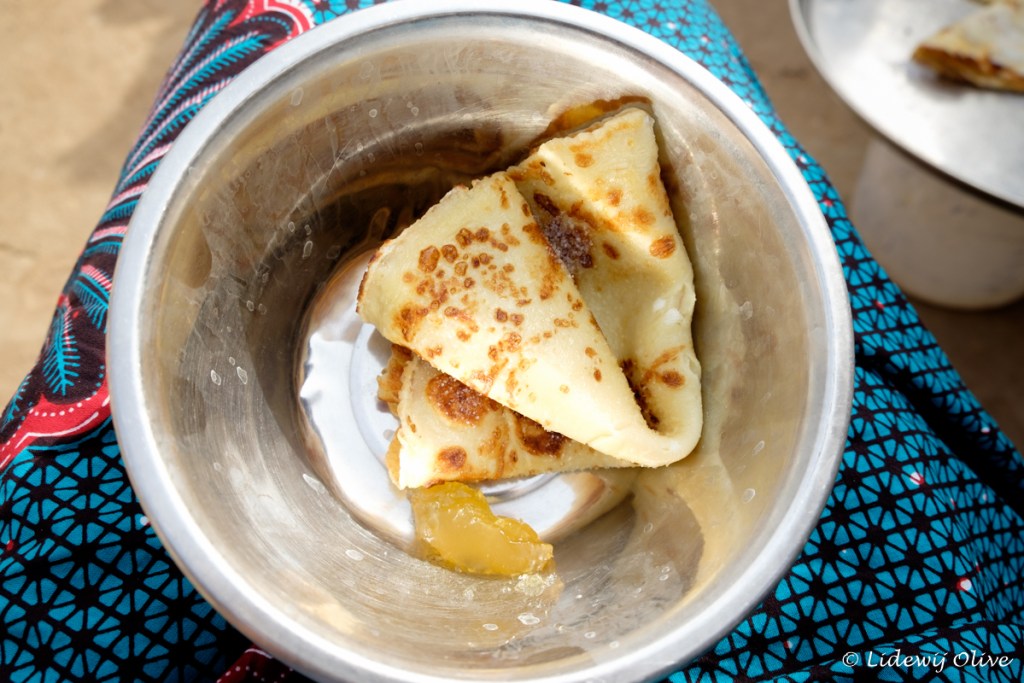 Eating pakcakes, of course with the hands 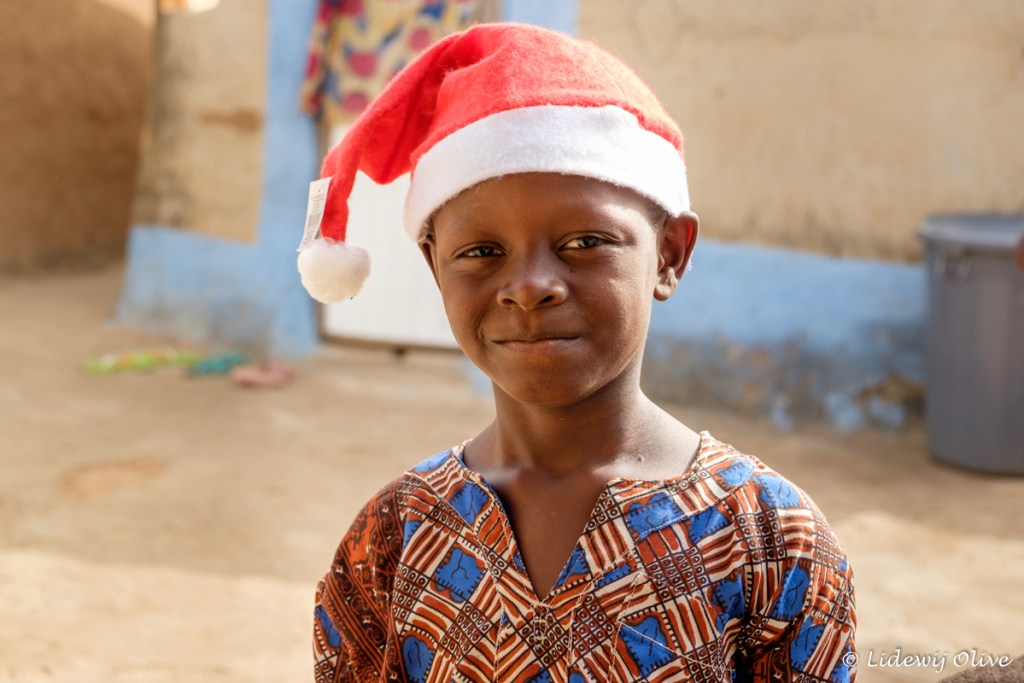 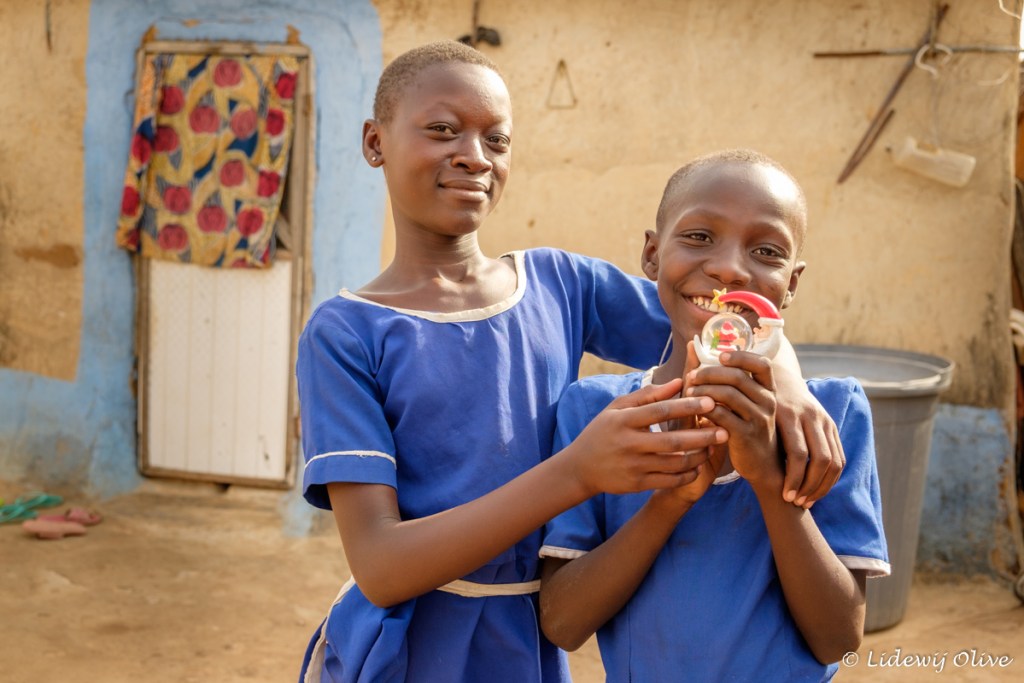 Today is the second Christmas day. I have a day off, and I do not think a lot is going to happen, except another goat that has been slaughtered today. Tomorrow I will start working again. Container and bucket. The girl on this bucket usually fetches a lot of water, and she is so small!