Our previous post was about Candidasa itself and the beaches. But Candidasa is much more than that, it also makes a good base for daytrips to sights in the area. This blog is about some of the cool things you can do as a daytrip from Candidasa.

Less than 30 minutes driving from Candidasa is this large water palace. It features three large pools with lots of fish, a hill with a great view of the place and a building on an island in one of the pools. 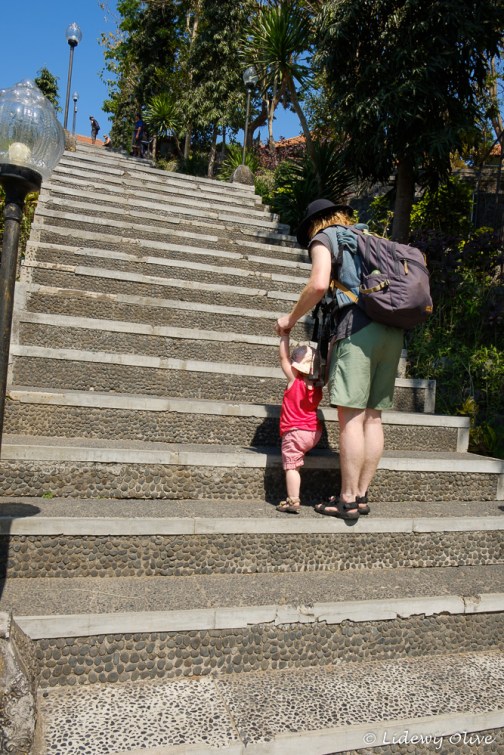 The stairs climbing the hill. Lily climbed the stairs all the way! Notice the sea in the background 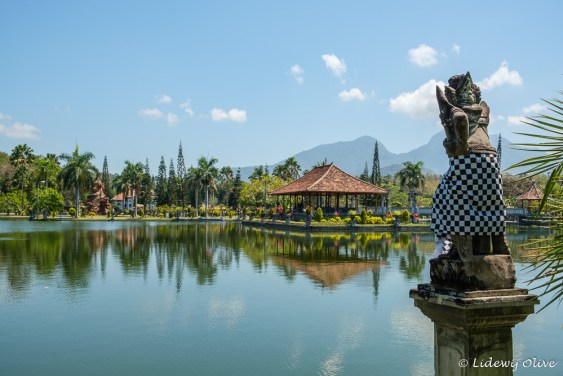 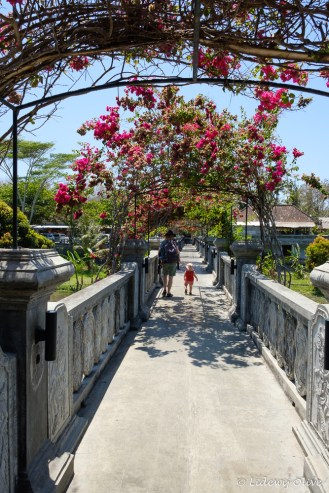 A view of the palace

There had been some sort of farmers festival there where farmers could show their produce. Therefore there were lot’s of vegetables. 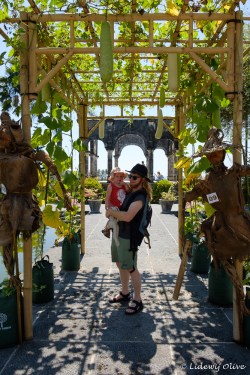 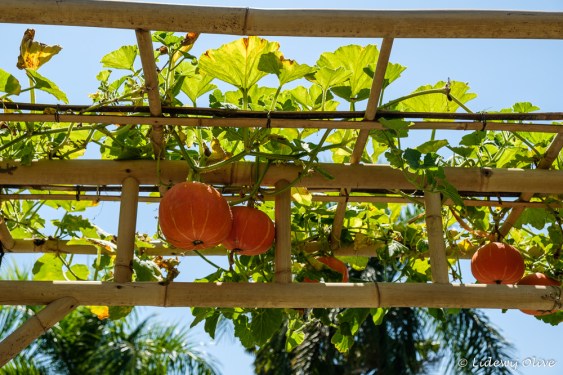 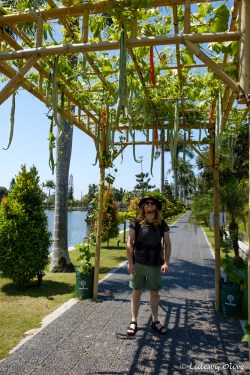 Large peppers or something?

We really enjoyed this place. It is really pretty and has some great views from up the hill. It is also a great place to go with a toddler who can just walk, because there is enough space to wander around for the kid, while the parents can look at the nice water palace. This place is nice and quiet and off the main tourist track. This was quite a contrast with the more popular Tirtagangga water garden.

A bit further from Candidasa (still less than 45 minutes of driving) is the Tirtagangga water garden. And where the Ujung water palace is a very tranquil experience, Tirtagangga is busy. Here are a lot of people taking selfies, they even wait in line to take s selfie on a specific stone. I don’t entirely understand why people would want to wait in line to make a selfie. But it was fun watching it. 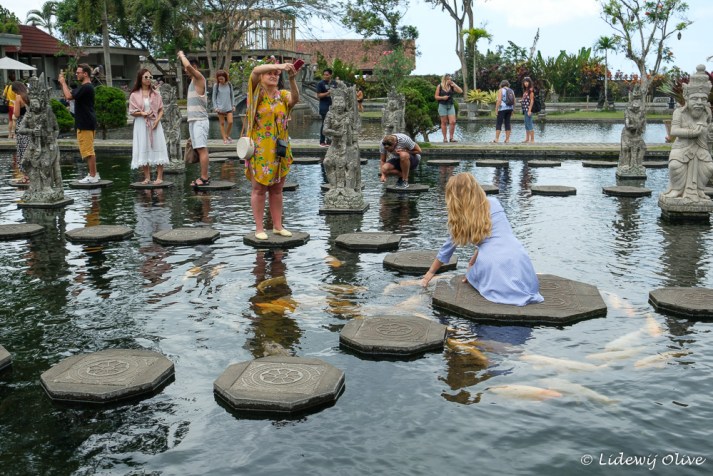 The line for the specific stone where everybody wants to make a selfie. 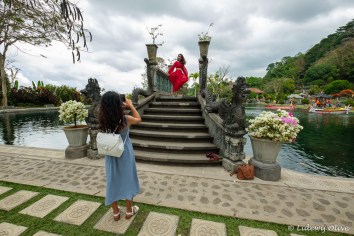 A windy dress is an essential attribute for any selfie 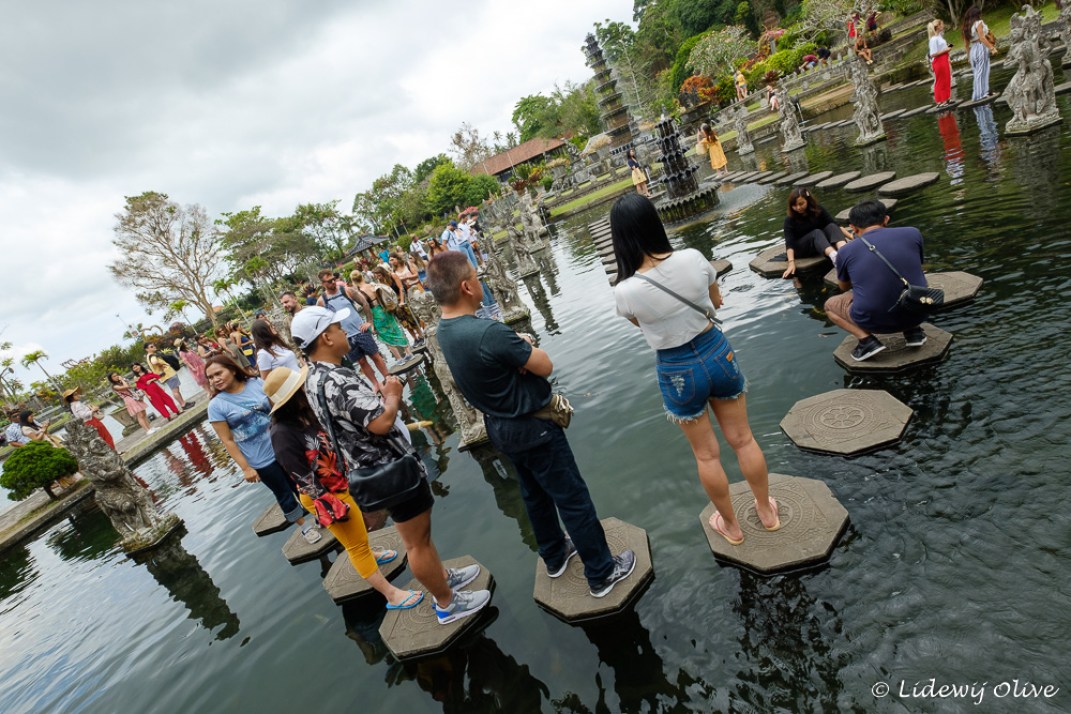 It is still a pretty place and when avoiding the main selfie hotspot there is still plenty to enjoy. Plenty to enjoy for a little child. 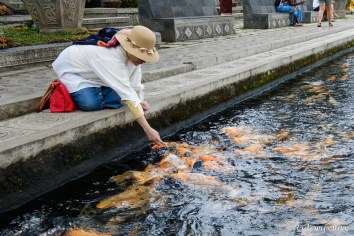 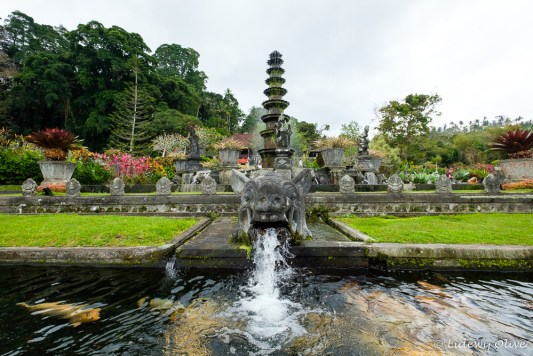 The place is pretty. So, Tirtangangga… it really is a pretty place. But if you have to choose, we would recommend the Ujung water palace, mostly because of the crowds. If you want to visit Tirtangangga I would try to be there very early to try and beat the crowds.

Really close to Candidasa is a traditional Animist village. The village has long been isolated from the outside, and still has a lot of interesting traditions, like a yearly festival called Mekare Kare, held in honor of the god of war, in which people battle each other with pandan leaves. While experiencing such a ritual would be spectacular, we were there on an ordinary day. And as a casual visitor I was not overly impressed by the village. The village is basically one street which has a bunch of people selling souvenirs, and a small photo gallery. in the end I did not really learn a lot about the way people live there, which I hoped i would. While their culture is so interesting. But I learned more about the village just now because I wanted to look up the name of that festival on Wikipedia. Maybe with a good guide it can be interesting. And witnessing such a festival would be awesome. But on a normal day it was not so special. 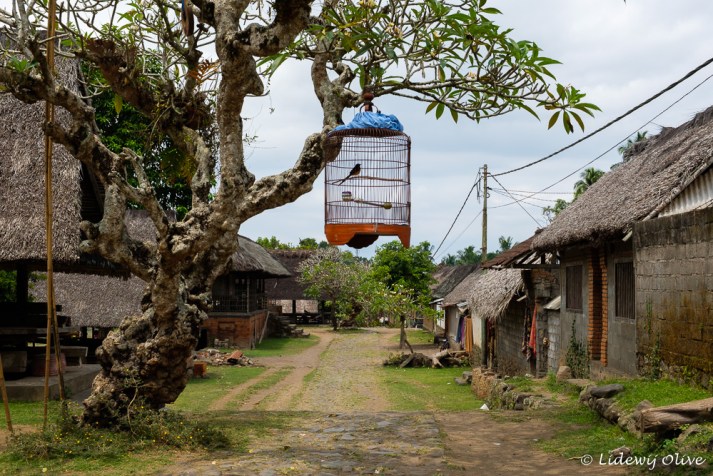 The main street in the village 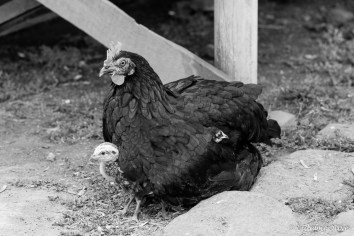 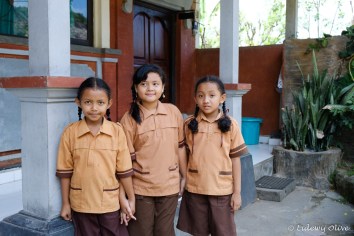 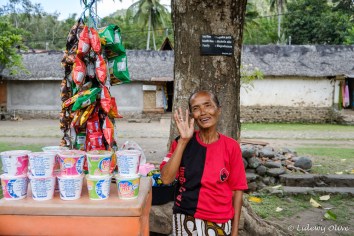 One of the friendly sales people 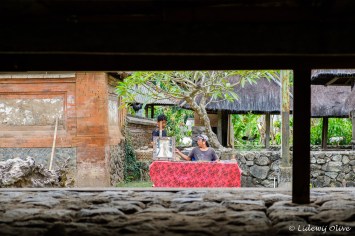 You will drive past this place when going to the water palaces, and if you do, make a quick stop! They sell great chocolate here (and also nice soap, although the relation between the soap and the chocolate was lost on me). The have some cool, gnome like buildings. A couple of swings with a nice view over a pretty stretch of beach. A building resembling a boat. And they have a goose! We heard it actually has a name and he lives there. It was all a bit weird, but a nice relaxing stop and a great place to buy some chocolate. Travel companions wanna have a selfie on a swing. 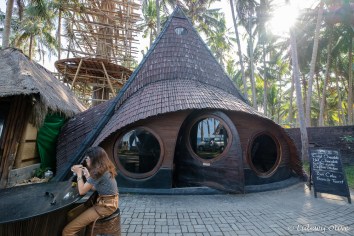