The next country we really wanted to visit was Malawi. Being in the north of Tanzania, we first would have to go all the way to the south to Mbeya, a city near the border with Malawi. Of course we could have taken a very long bus ride all the way there, but where’s the fun in that?

When researching this trip we found out there was a train running twice a week from Dar es Salaam almost all the way to Lusaka in Zambia, passing through Mbeya. And ever since we found out, we wanted to take this train. We like trains: you can stretch your legs whenever you want, they often pass through the most stunning scenery, and there just something incredibly relaxing about them. So instead of the crazy long bus ride to Mbeya, we took the somewhat shorter 12 hour bus ride to Dar, slept in Dar, and then went to the station the next day. The station was impressively big, especially considering it only has to handle 2 arrivals and 2 departures a week. 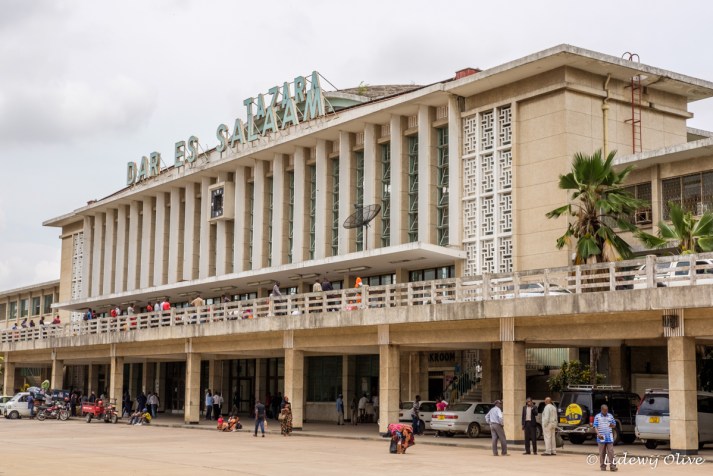 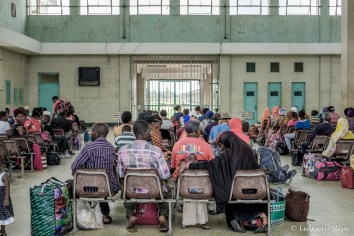 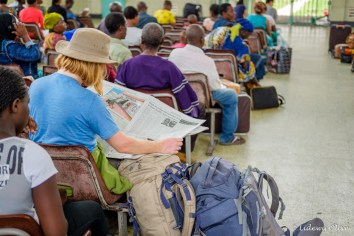 The train itself was quite old (apparently one of the 2 trains is a lot newer, but we had the old one), and was scheduled to take about 24 hours for the around 850km journey. In the meantime it would pass through sparsely inhabited lands. Mbeya would be the first city on the route, the rest of the stations were mostly small villages with tiny stations that were too small for the train. 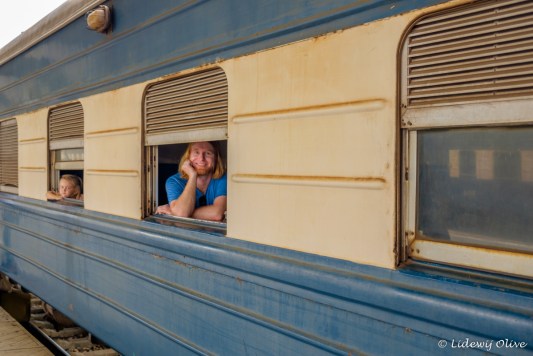 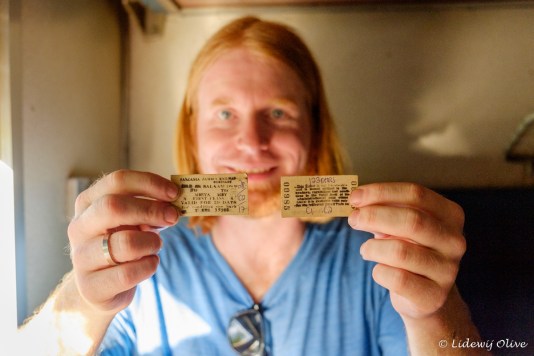 We booked an entire first class cabin (men and women are separated so if you want to share a cabin, you have to book all four beds of a single cabin), so we had loads of space. The train had a bar (of which the drinks kept getting warmer during the ride), a dining car (although in first class you could even get your meals served in your cabin), squat toilets (some of the most foul smelling ones we’ve ever encountered, but you can’t have everything), and even showers with some serious water pressure. Showering was kind of difficult though, since the train was shaking so much. 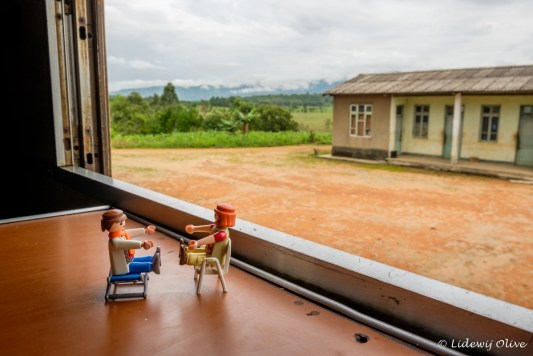 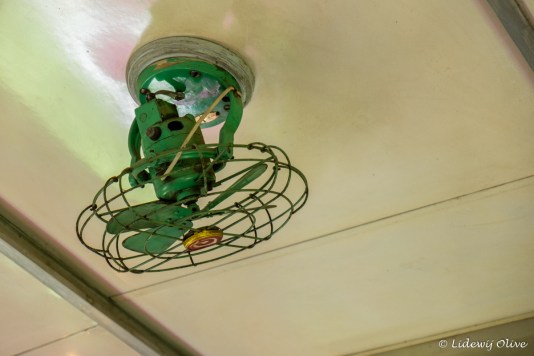 We’ve read quite a bit of info about this train, and learnt that it often was delayed by 8 hours or more, sometimes even 24 hours. You can imagine our surprise when the train left at the exact scheduled time. Reassuringly, once we got to the next station we already had a delay of about an hour, and had to make some emergency brakes because there were cows on the rail. 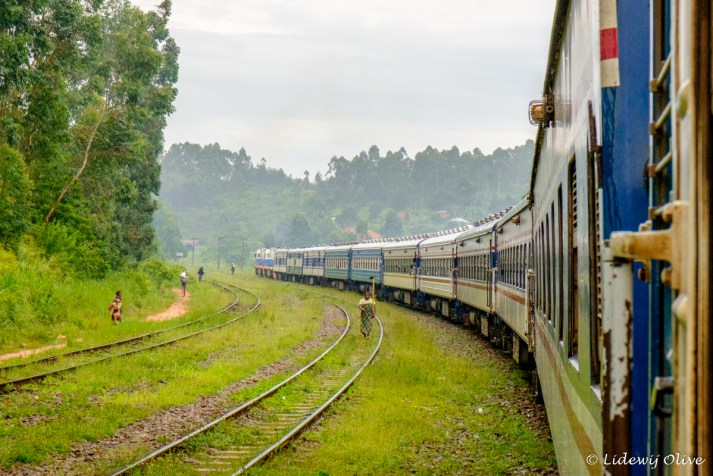 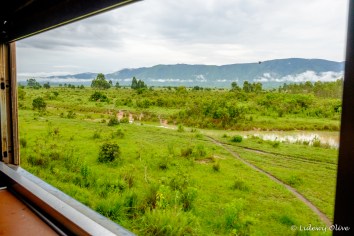 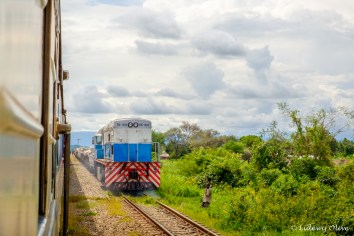 The train ride itself was a lot of fun. First the train passed through Selous game reserve. There was quite dense vegetation, so it was difficult to spot animals, but we did see some zebras and some antelopes. On every station we stopped, loads of salesmen eagerly awaited the train’s arrival to sell their stuff. Around dinner time people even brought grills to the station platform so people could buy dinner through their window. At other places people sold things like fruit, vegetables, snacks and big wooden spoons (?!). While driving though villages, kids would run along the train, waving and shouting. And the last part of the journey went through some beautiful mountainous area with a lot of tunnels and bridges. 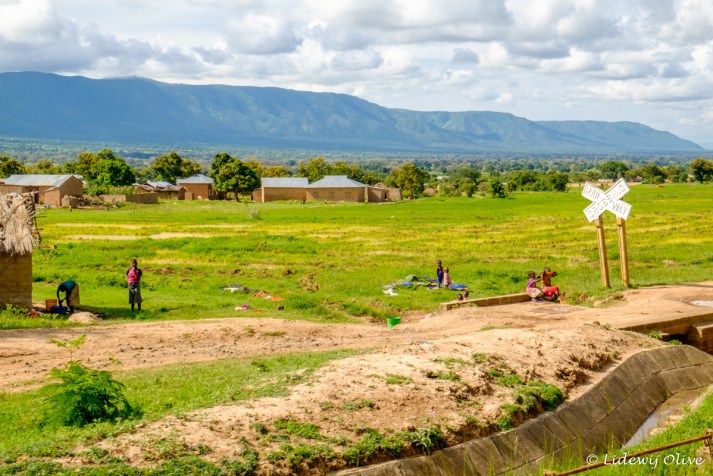 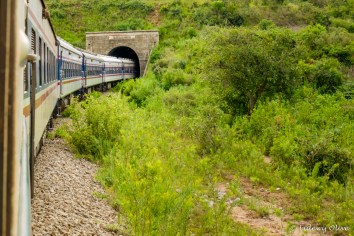 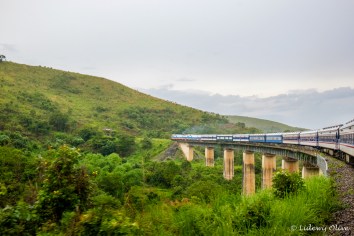 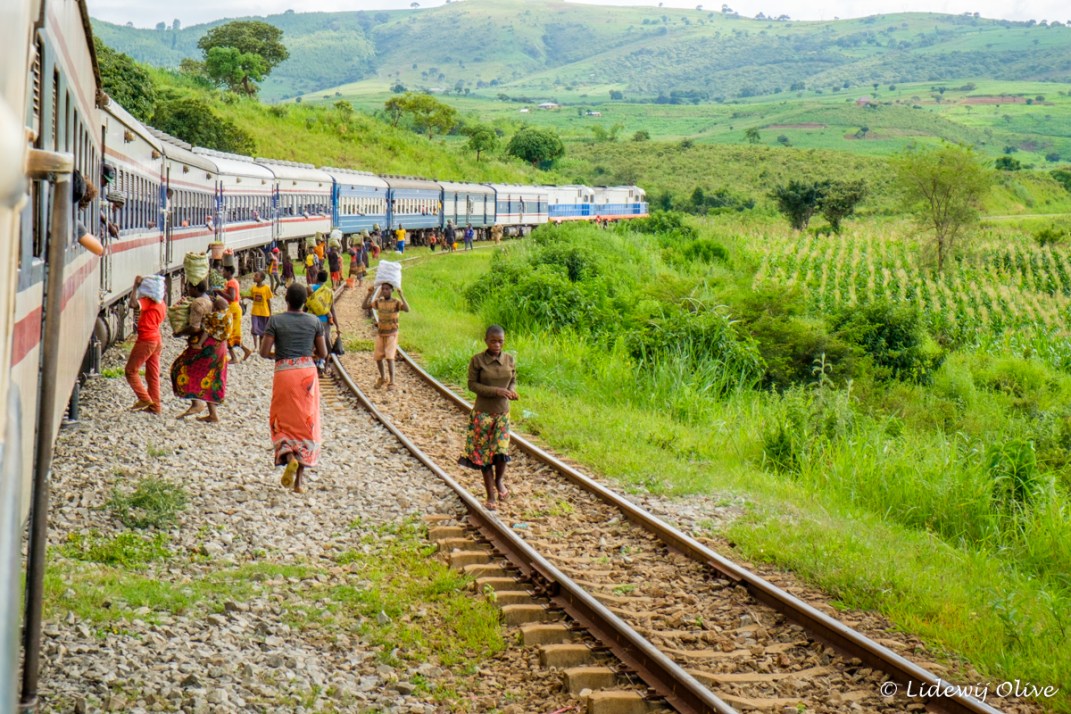 Sleeping on the train was a bit difficult because the ride was not that smooth (guess maintenance of the rail is not that high a priority), but we managed and in the end it was a great experience. We were only delayed by about 3 hours, so after a 27 hour train journey, we were in Mbeya.

Like most African cities, the city of Mbeya itself didn’t have a lot of interest, but it is located in a beautiful area, so we decided to stay for a few days and visit the surrounding attractions. We visited a beautiful crater lake and the Kitulo national park. 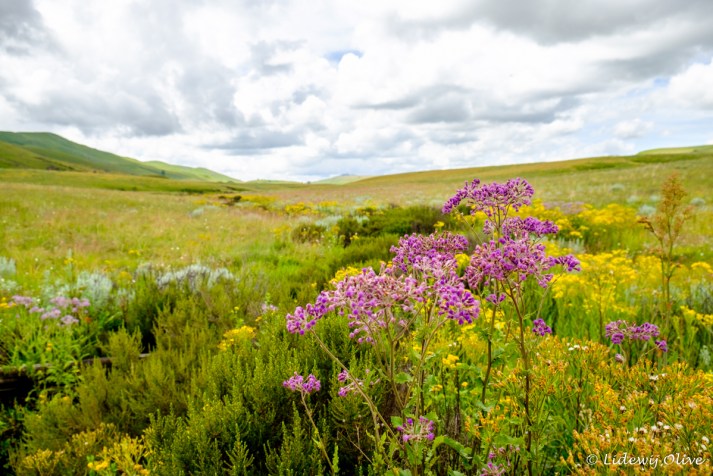 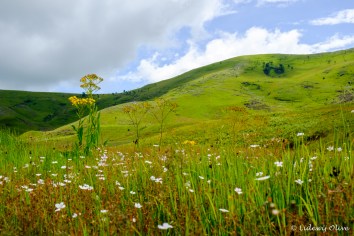 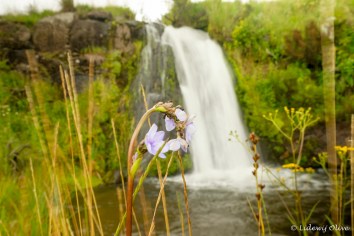 Kitulo national park is different from most national parks in Tanzania in that it’s not about the animals but about the flowers. Apparently the orchids in this area had to be protected because there is a lot of orchid poaching going on: orchids considered are a delicacy in Zambia. 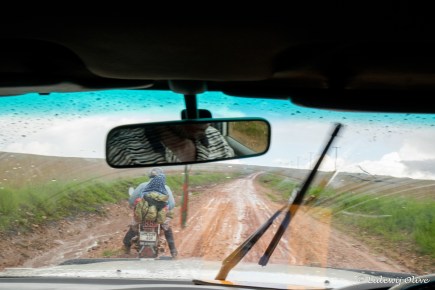 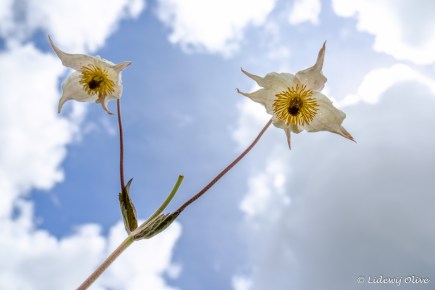 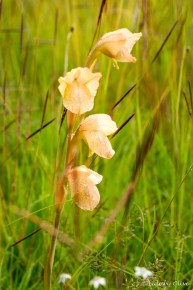 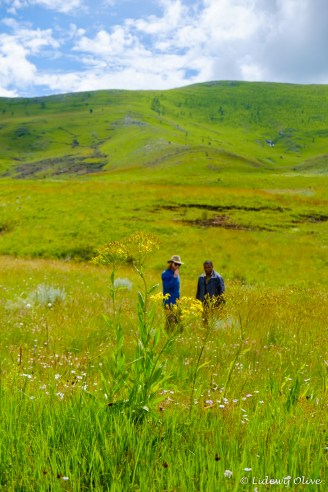 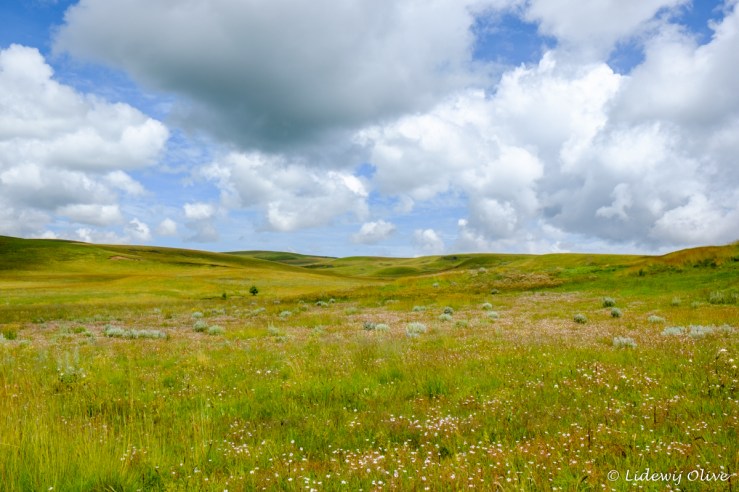 Kitulo had some amazing scenery, and is really a bit of a hidden gem. When signing in at the rangers office we noticed that maybe 2 or 3 people on average visit this park every other day. Quite a contrast with the big parks in the north. 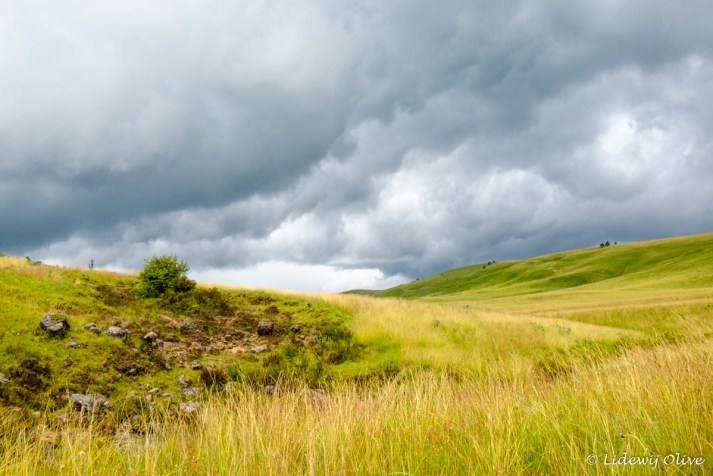 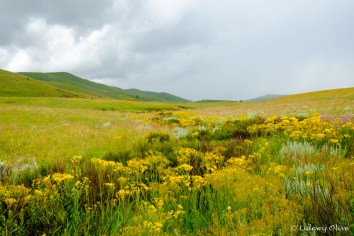 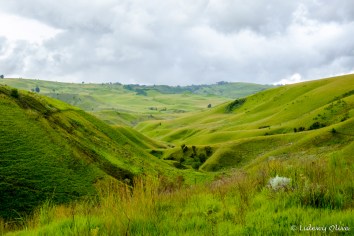 After exploring the area around Mbeya, we travelled to Malawi. Our target was the village of Chitimba. The distance from Mbeya to Chitimba is only 240 km, but this is Africa so it took us a full day. This was our first overland African border crossing and it was quite an experience. When arriving at the station near the border we were quickly swarmed by boda bodas (motorcycle taxis) to take us the 2km to the border post. Their must have been about 40 of them, and they all wanted you to take their motorcycle. It was mayhem. Then there were all the people wanting to exchange money. It was all pretty hectic.

Crossing the border itself was also kind of weird. We went in the immigration office to get our visa, but we noticed that if we wanted, we could have just walked past, since nobody outside the office was really checking anything. In fact, just a day later we met another traveller who was in Malawi illegally, since they didn’t have change for the visa fee she payed, they didn’t know what to do about it, so she just went and entered the county and nobody stopped her. Kind of weird.

At the border Lidewij unfortunately twisted her ankle. Being at the border post, we had to move on though. Lucky enough, while waiting an hour for the right stamps to be put in our passports, I could buy a 5 litre block of ice in the border zone so we could cool it.

And then we were in Malawi. And the difference was huge. Suddenly there were barely any cars on the road, just a lot of bycicles. People were laughing a lot. And public transport reached new highs of slowness and lack of comfort. Our minivan was not just loaded with a crazy amount of people, but also an alive chicken and load of fish. The smell was terrible. But just around sunset we finally reached Chitimba…